When a chef needs to recover from a stomach operation, the recovery time could either be daunting or rewarding. In Chef David Higgs‘ case, it was definitely rewarding, as that is when it all started. He started to write little stories, took photos and tried to come up with the perfect concept for his book, called Mile 8, which will be available from October. 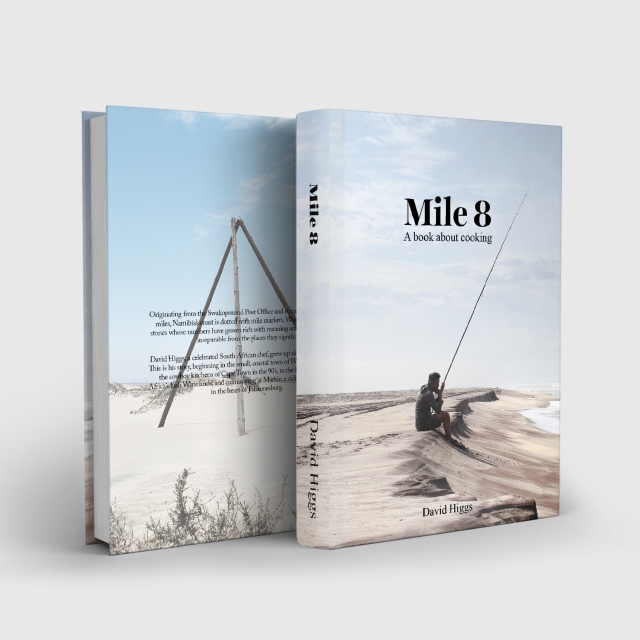 I’ve been wanting to write a book for a number of years. About six years ago I ended up in Namibia after a stomach op and it was probably the longest period of time I’ve had to chill and relax. I started writing little stories, taking photos and trying to come up with a concept. I’ve never wanted it to be ‘just another cook book’ – I knew I wanted it to be something unique, beautiful and special to me – first and foremost. When My Kitchen Rules SA first approached me, I got into contact with Tessa Graham – she looked after Jamie Oliver for many years. It was at this time, with Tessa and my business partner, Gary, that I decided to do MKRSA, and I also started talking to Tessa about doing the book.

“For me, Mile 8 is a special marker as it is where I caught my first fish and my food journey began. Originating from the Swakopmund Post Office and running north for 108 miles, Namibia’s coast is dotted with mile markers.”

According to Higgs, the book is a very frank account of essentially his story – beginning in the small, coastal town of Walvis Bay, through the cowboy kitchens of Cape Town in the 90’s, to the heart of South Africa’s lush winelands, and culminating at Marble.

Elsa Young was the photographer for the book. “… I met Elsa when I moved to Johannesburg from Cape Town. It’s very rare to find a photographer who sees food in the same way as you do. We have the same understanding of what we want the food to look like in an image. She’s terribly talented and she’s a good, honest friend.”

With fishing being the initial start to Higgs’ cooking career, it’s only natural that he still enjoys it. “Fishing will always be part of my life for a number of reasons. First, it’s the most relaxing thing you can do, especially when you’re not surrounded by people. Generally, up the Namibian West Coast all the miles from Swakopmund there’s just peace and quiet, and the sound of the sea. It’s quite special and pretty much the area where I like to fish. My favourite fishing spot is Paaltjies, heading towards Sandwich Harbour – it reminds me of fishing with my father, although its catch and release now.

Higgs also enjoys cycling to unwind. “I ride mountain bikes and it’s close to my heart.” In fact, “In my dreams I would like to be a professional cyclist (haha).”

“I love slow cooking dishes like casseroles and stews, and I love cooking on fire. As I say in the book: ‘The first fish out of the water, goes onto the fire.’ It’s still the best way to eat – uncomplicated and with a little salt, pepper and lemon juice. It goes perfectly with an ice-cold beer.

From his book, he would recommend the snoek with the sweet potato and apricot jam, the fish stew and the curry tomato soup. 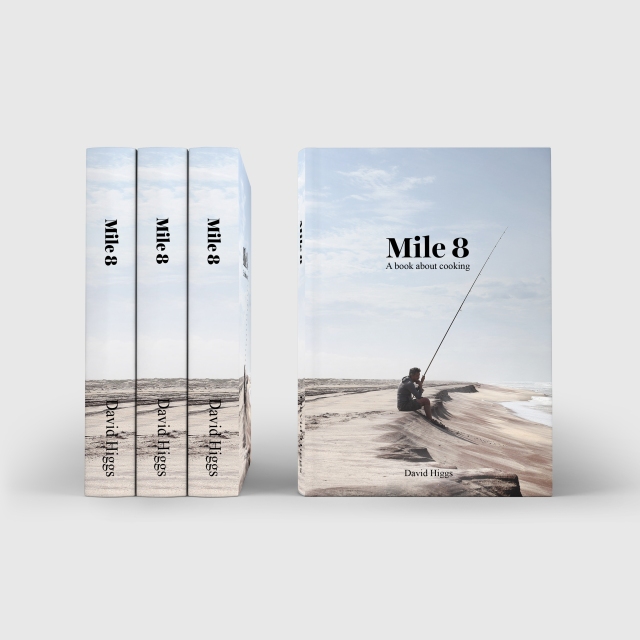 If he could cook for anyone, it would have been his father. “Sadly, I was never able to cook for him while he was still alive.”

I always wonder where chefs’ preferred culinary destinations are. Higgs says: “I’m a big fan of New York, and I always have been. There is a lot on offer and a lot to see in a small space – you don’t have to travel far and wide to taste different types of cuisine. It’s got a great international offering, even if you are limited for time.”

It’s been quite an emotional experience, and it’s reminded me of so many stories from my childhood, and things I had forgotten about. But it’s lovely to be able to share this with people and tell stories as they are. It’s also great to be able to give everyone a real peak into the ‘behind the scenes’ of a professional kitchen. Some people will relate, and some won’t – but I like it, and so I hope people enjoy it. – Chef David Higgs on writing Mile 8.

Higgs says that Mile 8 is really accessible to everybody. “The important thing about cooking is that you need to experiment, and you need to push yourself. You don’t have to do everything the recipe says – you don’t have to put a lemon gel, you can rather just put a squeeze of lemon. I’m really just trying to show the combination of flavours. I wanted to have something for everyone – chefs, home cooks and even for people that collect beautiful coffee table books – to tell people about Namibia, South Africa, and show them what we’re about.”

Mother’s Day is a day celebrated each year to show appreciation to all mothers. 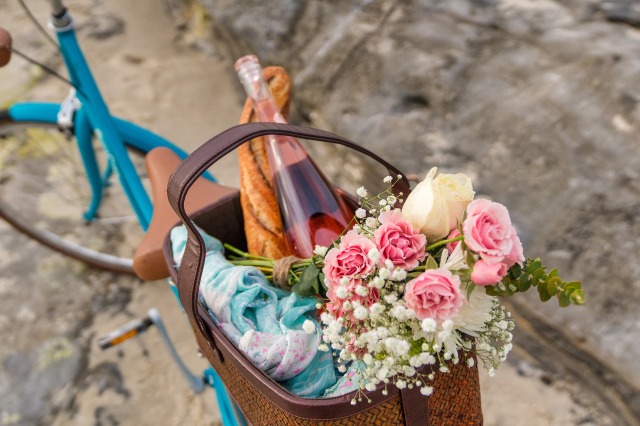 Instead of breakfast in bed, make this Mother’s Day extra special by arranging a DIY Mother’s Day picnic. If you have a mother in your life – whether it’s a friend, a partner, or your own mother – a picnic will surely be the way to make her feel appreciated. 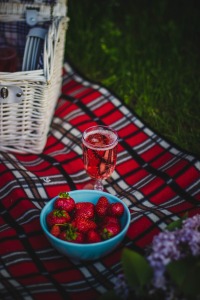 Choose a location to enjoy the picnic. Whether you drive to one of your mother’s favourite spots or set it up outside in the garden, show your love for all the mothers in your life with a family picnic.

Set the scene by placing a few beautiful blankets and add elegant pillows for the guests to relax on.  Part of the fun of a picnic is that you can throw picnic blankets almost anywhere to set the scene for a unique experience.

Keep the menu simple enough to transport easily but make it interesting. Think finger food. Prepare food items that your mother loves most and that is easy to prepare in advance.

Finger foods to consider include small gourmet hamburgers, sandwiches topped with a variety of items such as roast pork, bacon, chicken, tomato, pickled cucumber and rocket. Small quiche bites, cheese and a selection of cold meats are also easy-to-eat items to be included. Keep a bottle of sparkling wine and juice cold in a cooler to serve as refreshing drinks.

Make use of mason jars to serve the salad in- these are easy to transport and gives a beautiful twist to the salad. Finish off with a delicious dessert such as beautiful cupcakes that can be made in advance.

For the cherry on the cake, spoil your mother a little more by blessing her with a gift. Consider these affordable items for this Mother’s Day: 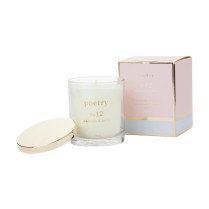